Are you feeling a bit freaked-out after the shock election of Donald Trump as US President? Here’s how mindfulness can help us deal with the fall-out.

It’s all about fear.

Donald Trump was elected because he validated and soothed many American’s fears about their job insecurity, about over-population and refugees (‘we’ll build a wall’), about conflict between races and religions and about climate change (it’s not real, he says). Those people are scared and just want their safe, old way of life back. Trump promised that.

My own first reaction to Trump’s victory (like many people worldwide) was also about fear for the future. Trump will halt all action on climate change, his rhetoric suggests he’ll create a lot more world conflict and division within the US, and he’ll set back women’s rights by decades. And it’s a scary thought that someone as seemingly unhinged as Trump will be in charge of the US nuclear arsenal!

So both ‘sides’, as it were, are grappling with fear.

So what can we do about FEAR? Simply put, stay deeply in the present. Yes that’s right! Right now in this moment look around you – are you safe? Do you have all you need (food, shelter etc)? Is there any threat to you in this very moment? I’m guessing no. In fact, this moment can be very peaceful or beautiful if you look for it. Is there a touch of nature visible? The beauty of another person’s face, or an art work, a food? Get absorbed in it. Hear the sounds around you. Feel the warm (or cool) air on your skin. Just breathe. Right here, right now you are just fine. Safe, connected.

But what about the future, you ask? Does this mean we should just sit in the present and not care about the future going to shit?! What about fighting for what is right – justice, the environment, peace?
OF COURSE WE SHOULD WORK FOR A BETTER FUTURE!

But there is a huge difference between worry/anger/fear/sadness and useful action. Worry, anger, sadness and fear are thoughts and emotions. They come and go in our body and mind. If allowed to grow they will often drive our actions. But actions driven by fear or anger are coming from a clouded mind. They usually lead to throwing anger at others and not to mutually-beneficial outcomes. Fear and anger leads to conflict, no? And isn’t that what we didn’t like about Trump’s rhetoric – and what we fear about his future actions?

So let’s drop the fear and anger now – by breathing more and appreciating what we have. And then see how best to take action. Unlike the thoughts and emotions in our heads, all actions have an effect on the rest of the world, no matter how small.

Let’s take wise and useful action to help the world, but don’t spend too much time on the worry/anger/fear/sadness. The wisest actions come from a clear heart and mind, not one fired up by anger, worry or fear. 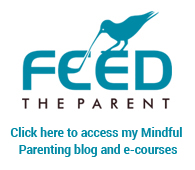